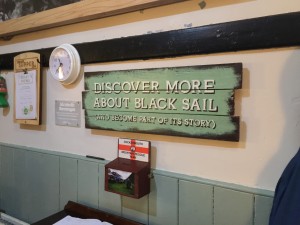 On a hiking expedition this week I stayed in the most remote hostel in the UK. For those in the know, Blacksail – as this hostel is known – can only be reached on foot via a number of mountain paths. I backpacked into the valley in which it nestles, carrying a large rucksack and a heavy heart. Having set out to show my two teenage boys (17 and 13) what real fell walking was all about, I reached the youth hostel at 6 p.m. on the first night of our stay there, exhausted and demoralised. I wondered to myself, why do teenagers argue so, why are they so happy for their parents to shoulder their (literal, in this case, as I was carrying a rucksack for all three of us) heavy burdens whilst professing to know everything.

‘I’m hungry,’ declared one whilst his brother dismissed him as a ‘moron’.
‘Well, go and see when dinner is available.’

Apparently my miserable tone, if you can call that miserable, would make the eldest want to kill himself if he ever married anyone like me. Great.

This is my new audience, the one I’m currently writing for, so I bear this suffering with the view that at least I live with young adults and have the privilege of getting into their mindset. Beats whipping yourself on a daily basis, anyway. On the plus side, walking and the forced separation from mobile phones and tablets this induces provoked many interesting conversations with my boys. We discussed Tony Morrison’s ‘Beloved’ which they dismissed as ‘trying too hard’ even though they admitted the writing was pretty damn good (well, suffice to say, I wish I could write like her –maybe one day when I’m old and grey). One things teens don’t like is ‘trying to hard’. It’s up there with preaching and being ‘down with the kids’. However, they were interested in the idea of freedom being in the mind and independent of external factors, which I think is part of Toni Morrison’s message.

It’s just that to get any kind of complex message across to teens requires tight and coherent story telling.
So on that first night in the middle of nowhere I spent some time thinking about how an author connects with people, particular younger ones. What makes a good story or an accomplished storyteller? What hooks a reader in and keeps them interested?

Sometimes I think good storytelling has very little to do with the mastery of the writing (that’s poetry, a different skill altogether, maybe). But then, bad writing gets in the way of storytelling. Tricky.

For me, I enjoy storytelling when the author gets out of the way and I am eased into their storyworld and into their story with masterful ease. Who does this well? When I ask myself this question, I don’t come back with obvious answers. For me, a great storyteller is Rachel Abbott, author of The Back Road, Nowhere Child and Kill me Again. Or Laline Paul, author of The Bees. Also Dan Brown -sorry folks, but I think this is why he’s so successful – not the most eloquent writer but a fab storyteller. And, of course, JK Rowling, the best storyteller of all. Not surprising she’s so popular with young adults.

I also think that whilst young adults will read complex texts they have low tolerance for convoluted ones – rightly so. There’s an important difference. They see straight through texts that are trying to be clever, just for the sake of it, preferring tighter prose. Again, the better the storytelling, the more respect they have for the author.

As a digital communications manager I worked in several sectors – commerce, government and charity – and in all of them I found that digital storytelling was the most effective way to get any kind of message across. Whether you’re selling tax compliance, the services of sight loss support officers or gelato, the method is the same – tell the audience a story and they will listen. Give them a bulleted list of information and they will switch off. Never is this truer than now, given the amount of conflicting information we consume on a daily basis and in a wide variety of formats. And never is this truer than for Generation X.

So I sat in my bunk pondering all of this. I’ve published three books to date, and my readers’ favourite isn’t my own. My own favourite is the most layered and complex, probably a book which is quite difficult to understand. My readers’ favourite is a more straightforward tale, with an obvious supernatural bent. For a long time I wondered about this.

See if you can guess why.

The Borderliners Trilogy is available on Amazon. Each novel can be read as part of the trilogy or on its own as a standalone story – you decide.