I recently enrolled on a writing course, Exploring Genre’, run by prolific writer, editor and teacher, Tom Bromley, at PWA. Why?

As readers of this blog may have noticed, genre is something which has been taxing my mind for some time. Genre, for me, is a doubled-edged sword. I’m a marketing professional by trade and the logic behind any good marketing campaign is the same, and always has been.

Marketers talk a lot about market segments and quantifying them. You know, roughly, who your audience is, but in order to engage successfully with them, you need to narrow it down. Normally competitive analysis and positioning helps to sort out which market is not only the best fit for you product but also the one likely to be easier to compete within. So then (as any good marketer knows) you test the theory to end up with a proof of concept. And what any marketing person worth their salt will ascertain from looking at the publishing business is that awareness of genre equates to smart marketing in the world of book sales. Ask any best-selling indie author, and they will tell you that. This blog ‘Write to Done’ hammers this point home very well. 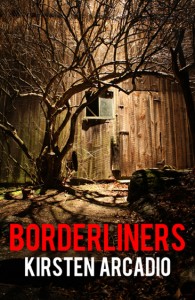 Take my novel, Borderliners, as a case study. Borderliners was released in February. About a troubled psychotherapist who must uncover what is behind a string of deaths in her village, Borderliners was a story I thought would classify as a thriller – but it isn’t really. The process of self-publishing and getting right up close to my audience showed me that hard-core thriller audiences got fed up with the more reflective elements of the book, whereas readers of YA – surprisingly – quite liked it. Since its publication, I’ve played around with the book a lot, placing it in several categories within Amazon. It got lost very quickly in ‘thriller’ but rose in ‘occult’. I tested it in ‘fiction’ (as in general, not literary), but it got lost there too, so currently it’s in ‘juvenile fiction’.

Borderliners was supposed to be my proof of concept, but I don’t think it is fit for that purpose. I made it as good as I could at the time, but in terms of writing for a specific audience, it hasn’t ticked the boxes. That’s OK though, as the marketer in me finds the Borderliners test a fascinating one. It will soon be followed by my second novel, Split Symmetry, which, as a  mixture of adventure thriller and metaphysical love story, is similarly cross-genre. Effectively, Split Symmetry is also a proof of concept experiment.

For me, the answer lies somewhere in between. I’m a big fan of CJ Lyons’ smart approach. She writes thrillers which would be considered cross-genre as they contain romantic elements. So rather than just allow her books to sink and dwindle in the nether regions of Amazon and the like, she used crossroads positioning to find her niche – ‘Thrillers with heart’.

So that’s me back to the drawing board. Back to school, as it were, to study genres and their audiences and hopefully afterwards, back into the field armed with knowledge which will help me execute my own killer positioning.