One day, over twenty years ago, my twenty-two year-old self packed her bags and booked a one way ticket to Rome. She landed in the warmth and low-slung brilliance of the late October Mediterranean sun and never looked back. 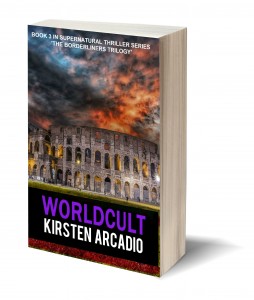 True, I didn’t stay there forever (and maybe I should have done), but Rome stayed with me. I built a family with a Roman man and stayed connected to the heart of the city, tied forever by invisible threads.

In particular, those early days of discovery stayed with me: how I soaked up the ancient soul of the place that sat determined and resolute alongside the decadent brand of modernity that now underpins it.

I wanted my readers to sample this, to immerse themselves into the metaphysical vibe of the place, to feel that juxtaposition between the ancient and the intangible future that simmers in every nook and cranny, tantalising with promise.

When in Rome you feel something over and above the everyday, something other-worldly and multi-dimensional that doesn’t exist anywhere else.

When in Rome you don’t just exist in the here and now, you exist in the past, present and future all at once.

From the air, the historical centre resembles  a giant Roman forum, glued together by high rise apartment blocks and the ever-present pine trees that stretch their shadows across the sun baked cobbles till serving as roads and pathways for modern cars to slide over and stilettos to get stuck in.

The intense energy of the place is akin to what you feel when standing next to an imposing old oak tree.

The beginning of Elena’s (my protagonist) journey takes her from the infamous via Giulia – a medieval road that with its elusive and well-heeled residents has always sat just out of my reach – through to San Giovani, where my husband grew up.

The rough diamond of Rome, San Giovanni is so central you can see the Colosseum from some parts of the quarter. But it was deeply working class until recent years. Everyone knows everyone there and there is still an element of Sophia Loren’s Naples to the place: grandmothers yelling across courtyards to each other at 5 in the morning as they go about their errands, RAI UNO blaring from open apartment windows, cars honking through gridlocked traffic round Piazza Re Di Roma. Part of me hopes that – despite the astronomical property prices that now adorn properties there – it will never become gentrified.

Of course, Elena is soon forced across town to the Vatican City, for what metaphysical tale set in Rome could be complete without the heavyweight player: the Catholic Church in all its might and glory?

A state in its own right, the Vatican is a mysterious entity. Protected by Swiss guards in their multi-coloured uniforms who sweep their Aryan gaze over you as you pass by, wondering what they might do if you tried to get past them, it harbours arguably the most powerful man of our planet’s recent history: the Pope. Of course, these days his power is diminished, a fraction of what it was 1,000 years ago, but still. That feeling of supreme and intangible power emanates. It gleams in the gold that adorns the domed ceilings of St Peters and it waits its in the silent shadow of the statued saints whose white marbled spectres circle St Peter’s Square. Who dares to take them on?

Somebody does, and to find out who, you’ll have to read my book.

WorldCult is available on Amazon to buy in either ebook (Kindle) or paperback format.