It was great before 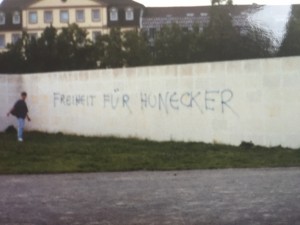 A phrase I heard often in the former GDR (German Democratic Republic, aka East Germany) just after the Wall came down in Berlin at the end of 1989 was how great things had been beforehand. Not everything was as the media would have us believe. Yes, there was the STASI (State Security Police) and the regime that prevented East Germans from travelling to the West. Yes, the East German economy wasn’t in great shape (even though it was one of the more efficient economies in the Eastern Bloc). And the East Germans knew their West German cousins – the so-called ‘Wessis’ – were revelling in a wonderland of endless consumer choice. Or so they had heard.

However, endless choice isn’t everything.

With it comes responsibility, transparency, competition. All of these can liberate. But they can become a heavy burden too. And this is what East German people found out after 1989, when a common lament around the Bohemian bars and clubs of Leipzig’s trendy university district was ‘Well, it’s okay now, but it was great before.’

In my current work in progress, I examine this dialectic. Did Germany throw the baby out with the bath water after 1989? Is capitalism really the best way forward? Maybe communism was flawed at the end of the twentieth century but it wasn’t all bad. My protagonists debate this from their western standpoint with their East German counterparts. Ultimately, they don’t know in which the direction things will go, that come 2016, almost all traces of the communist values they once knew will be gone. Good or bad? Is freedom the ultimate prize for which you should sacrifice everything else?