Is this the age of the global cult?

This year I wrote a book, my third and last for now. It was fast, and it was furious. An easy write: 1,000 words an hour, several hours a day, mostly during the months of April-August.

An ugly climax, some might say. Short, sharp, brutal. Like life, maybe. But it was also exploratory, questioning of so much that is close to my heart, but especially:

In many ways, this was the book I had been waiting a long time to write.

The themes had been bothering my protagonist, Elena, and therefore me, too, for a long while. What is death and where do we go when we die? Yes, yes, I know. We go to heaven. Or…we are reborn as either lesser or more superior beings. Or maybe nothing happens at all. Being brought up with the first theory and being rather partial to the second, the third disturbs me greatly. And of course, all three are linked the the first and third themes of faith and reality. It boils down to one question.

Who are we really and why does it matter? 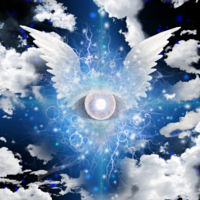 I expound no personal beliefs in my books, only ideas that have crossed my mind. It is possible, but not probable, that we live on in some form after we die. It is possible, but not probable, that the form in which we live is recognisable in some way to our former selves: maybe there are ghosts among us, either in the form of the reincarnated or the actual past. And the belief in all of this helps us get through the day, aids us in our plight to be better human beings; to love better, to remember to be loyal, to strengthen our bonds. To continue searching long after the lights appear to have gone out.

For some say that love is the answer. Maybe so. But what of faith?

My protagonist, Elena, finds herself in dire straights precisely because these answers elude me. Poor Elena – who’d be a character in a book, destined to be pulled this way and that by the hand of a higher power (me, the author)? What kind of a reality is that? Although, to give her her dues, I did live a great deal of it with her. Such are the highs and lows of novel writing. The conclusions are ambiguous. Sorry about that, but I prefer to let you, the reader, decide on your own interpretation.

And what of the central idea of the book, that a global cult driven by a leader with questionable values could one day take hold in our super interconnected world? Of course this could never happen, could it? Of course this isn’t something we have come across before. Is it? I was concerned with something unique to our time but the more I wrote, the more I wondered. Surely a charismatic cult leader with a truck load of money and corresponding power would never try to change the course of the world’s spiritual compass? Because this never almost happened on several occasions before, did it? And the human race has never just followed a leader into death and destruction…just because that leader inspired them to have faith.

So, faith. What of it? And our collective will to put all our faith in one person, or entity, in the hope that one day we – collectively – will be better off, even if it means hardship right now. Even…if it means death and destruction.

This time science also plays a part, as science and religion get closer together and our existence on earth reaches the vanishing point. What lies beyond it?

In 2014 my third book, WorldCult, was born. A modern take on an age-old problem.