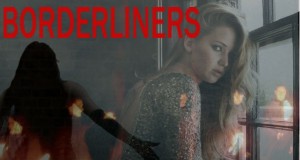 I switched off the flickering TV screen, blinking as the house was plunged into darkness. Sticking to the plan, I went out to the hall and fetched my jacket from the cloakroom, glancing at the carriage clock in the corner: 9pm. She would be waiting for me.

Outside, I swung into my Mercedes and drove through the country lanes until I reached the dead end she’d told me about. I knew it, of course. Not that I’d told her that. I parked in a small indent in front of a gate by the side of the road, before getting out to walk the rest of the way. When I reached the edge of the copse, I looked over at the barn for a second, catching my breath. There was no sign of Martha. I skirted around the edge of the clearing until I got to the trees on the other side. From the safety of the thicket, I stole a look, wondering at the building’s pulsing, enticing magic. Meanwhile, branches swayed above, drawing my attention upwards as their shadows tried to swallow me up.

One tap and the light from my phone illuminated sodden leaves beneath my feet. The trees behind me appeared to hiss, ‘Stop now! And look.’ I caught my breath.

The atmosphere had changed from still and claustrophobic to wild. Leaves swirled as trees were stripped naked, their boughs bent by invisible forces.

Changing direction again, I returned to the far side of the copse nearest to the barn, hugging myself as I went.

‘Martha?’ I called, my voice thin and ineffectual against the buffeting wind. There was no answer. Deciding to pull myself together, I paced over the grass in double-length strides, arriving at the entrance in seconds. The door was open, as she said it would be. Inside, dust seized my lungs but I would not be deterred. I was here now, so I had to see it through.

I hesitated for a moment before moving further in, feeling my way through merchandise piled up in makeshift, shabby displays. I caught a glimpse of large, oak bookcases near the window at the back, and I made for them, keen to run my fingers along the edges of the wood which looked smooth and clean, quite at odds with the stench which lurked in stagnant pockets around me. I shut my mouth in an effort to keep it at bay.

Just then, my feet connected with something on the floor and I looked down. Golden script jumped out at me and as I sank to my knees to take a closer look, a prickling sensation down my back told me something wasn’t right. I used the light from my phone to get a better look. The shiny lettering seemed to float about in front of my eyes. I blinked. Down here it felt warm and pungent and the air was thick. Putrid, I thought, stale and strong.

By the book was a lumpen shape clad in a long black garment, its pale triangle of a face barely visible. As my eyes slid across it, time seemed to stop. Eventually I reached across, my throat tight. I’d half guessed it. God. Not here. Not me. Not now.

Fumbling for my phone I tried to cast more light on the scene, my anxiety increasing as I noted how still she was. The lock code jammed.

Damn. I lunged over to put two fingers against her neck.

No pulse. Dialling 999, I put the phone onto loudspeaker before shoving my ear down to her face. No breath either.

I responded to a voice on the other end of the line. ‘Yes? I’ve got a medical emergency. A young woman. No pulse, no heartbeat. We’re at the New Age shop out on the A445.’

On autopilot I started CPR, but I knew. I could feel the darkness, the sludge of a life she’d had just slipping away.

As the howl of a distant siren ambushed my ears the world seemed to tip up. I felt sick.

A few seconds later, a voice yelled, ‘Paramedics! Where are you?!’

I couldn’t believe it had happened again.

If you liked this, why not download the book? Borderliners is available to purchase from Amazon.co.uk or Amazon.com.